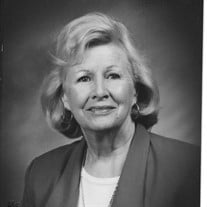 Ruth Ann Benson, age 88, passed away peacefully on Friday, June 3, 2022 in Visalia, California. Ruth Ann was born in Helena, Montana on October 12, 1933 to the late Lloyd and Effie Noble. On February 13, 1951, she married William Kermit Benson in Ontario, California and together they raised four children in Porterville, California. In January of 1971, Bill and Ruth purchased the Hanford and Lemoore travel agencies, renaming them Benson Travel. Eventually, they expanded offices to Reedley, Porterville and Visalia, retiring in 2003 after 32 years. During these years and after, Bill and Ruth travelled all over the world but their “happy place” was their Kiahuna condo on the island of Kauai. Ruth was a member of the Visalia Chapter of PEO International. She was a member of the River Island Country Club while residing in Porterville. In 2004, Ruth and Bill moved to Visalia and joined the Visalia Country Club where she enjoyed many special friends as well as the game of golf. She was preceded in death by her husband of 71 years, Bill, in 2021, her son Robert Mark Benson and daughter Marilyn Elaine Benson. Ruth is survived by her daughter Cynthia Louise Benson-Thomas, son William David Benson(Jackie), granddaughters Amy Leann Benson and Ashley Diane Prieto(Fred), step-granddaughter Liz Vitrano(Dominic) and step-grandson Jeremy Baker(Morgan) and 12 very special great grandchildren. Graveside services will be held Saturday, June 25th 10:00am, at Hillcrest Cemetery in Porterville. In lieu of flowers, kindly send remembrances to Shriners Hospital for Children, PO Box 947765, Atlanta, GA 30394.

The family of Ruth Ann Benson created this Life Tributes page to make it easy to share your memories.

Send flowers to the Benson family.