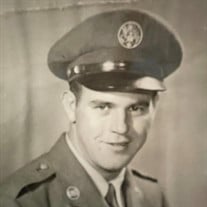 Louis Lawless was born in Watonga, Oklahoma on March 27, 1929 and passed peacefully on Friday, March 25, 2022 at his home in Porterville, two days before his 93rd birthday. He married Mary Ellen Pharis in 1952 and they had 3 children, Craig, Carrie, and Angela. Louis and Mary Ellen were married for 42 years until her passing in 1994. Louis is survived by his second wife, Barbara Lawless, and his two daughters, Carrie Mitchell (Phil) and Angela Harris (Larry). His son, Craig, passed away in 2014. Louis has four grandchildren who he loved dearly: Carissa Mitchell, Cameron Mitchell, Dustin Harris, and Derek Harris. After graduating from Tulare Union High School, Louis joined the United States Air Force and served honorably for 4 years. While serving in the Air Force, Louis was awarded the National Defense Service Medal and a Good Conduct Medal. Louis worked at Waterman’s in Exeter as a machinist for over 30 years. He was a member of Port Nazarene Church and dedicated his life to the Lord. Louis was active in the Lamplighters Sunday School class and participated in the Healthy Hearts exercise classes at church. Louis was an avid sports fan and watching NFL football games was a particular favorite of his. He loved rooting for the underdog. Louis was a generous man and was willing to help anyone out in need. His smile was contagious, and he had a positive outlook on life. He was loved greatly by his family and friends. A graveside service will be held at Hillcrest Memorial Park, Porterville on Fri., April 15, 2022 at 10:00 AM. A Celebration of Life will be hosted on Saturday, April 16, 2022 at Porterville Church of the Nazarene at 11:00 AM. Donations can be made in his honor to Porterville Church of the Nazarene or the American Cancer Society. To light a virtual candle, share a memory, or express condolences to the family, please visit the tribute section of our website at www.myersfuneral.com/obituaries. Myers Funeral Service & Crematory in Porterville is in charge of arrangements.

Louis Lawless was born in Watonga, Oklahoma on March 27, 1929 and passed peacefully on Friday, March 25, 2022 at his home in Porterville, two days before his 93rd birthday. He married Mary Ellen Pharis in 1952 and they had 3 children, Craig,... View Obituary & Service Information

The family of Louis Lawless created this Life Tributes page to make it easy to share your memories.

Send flowers to the Lawless family.