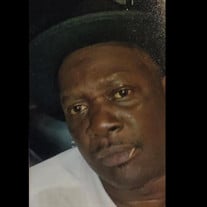 Carl Leon, Cunningham known to many as (cutty) was born on March the 1st 1956 in Philadelphia Pennsylvania. The fourth child out of seven to the late Thomas Cunningham and Annie H. Presley Cunningham. Carl departed this life on Thursday November... View Obituary & Service Information

The family of Carl "Cutty" Leon Cunningham created this Life Tributes page to make it easy to share your memories.

Carl Leon, Cunningham known to many as (cutty) was born on March...

Send flowers to the Cunningham family.