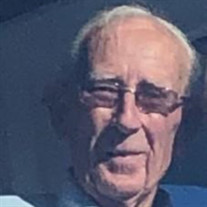 Albert Onis Watts, Sr., passed away on July 8, 2021 at his home in Terra Bella surrounded by his wife, his daughters, his son, and two friends of his sons. He had been suffering from Dementia for several years.He was 77 years old. Albert was born on June 7, 1944 and raised in Taft, California, attending Kindergarten through Junior College. He attended Fresno State College and graduated in 1969. He received his Master's Degree and Administrative Credential in 1975 through Bakersfield College, His father and mother, Onis and Lucille Watts, owned a mom and pop grocery store "The Shop Easy Market" in Taft. After school and on Saturdays, if he wasn't playing a sport, he would help his Dad at the store. Albert was blessed to have both sets of grandparents, uncles, aunts, cousins, and of course his sister Mary Lyn and brother John, all living within a mile of each other. He met and made many lifelong friends, still to this day. Albert had said he had loved being raised and growing up in a small town He married his high school sweetheart, Earlene on July 30, 1966 and they had three children, Michelle, Audra, and AJ. He taught P.E., social studies, and became a principal. All of his 30 years of educational experience started in Delano and ended in Delano. He moved his family to Terra Bella in 1982. His friend Loran Wren and he drove back and forth to Delano for several years. Oh, the stories they could tell, one in particular was Loren's mom had made persimmon cookies for Loren's children and by the time they got home, they had eaten all of them. He was a 20 year member of the Delano Elks lodge. His friend and follow teacher, Stu Collins talked him in to joining the Elks. His old pick up, if it still started, knew the way to the Elks by heart. All he had to do was back down the drive way and say Elks and it knew which way to go. " He also started The Tea Party Patriots organization in Porterville and was very active in the movement. He love to play golf and once a week he played with John, his brother, Dennis Fauke, Mike Sawyer, and Richard Howard. Those stories we will leave out!! He like to work in his shop, crafting and making all types of word working. Albert is survived by his wife, Earlene. Children, Michelle (Bruce, Brucie, Bailey) Volaski, Audra (Dwight, Greenley, Brody) Wilson, A.J. (Whitney, Boden, Hudsen, Bensen) Watts. His brother John (Julie) Watts, his brother-in-law Michael (Shelly) Moore and many cousins, nieces, and nephews. Albert is preceded in death by his parents Lucille and Onis Watts and Mary Lyn Skinner his sister. He was loved dearly by everyone and his smile would light up any room. He loved people and his family and friends get togethers. He handed down to his children a good work ethic and a never quit attitude and love for life. He will forever be in our hearts believing that life is wonderful and remembering our Lord and Savior, Christ Jesus is with us. Rest in peace, your memory will remain. Graveside services at Vandalia Cemetery in Porterville on July 27 at 10:00, followed by Celebration of Life arranged by Joan Collins at Delano Elks Lodge #1761,708 Cecil Ave, Delano, California 93215. In lieu of flowers, donations may be made to The Alzheimer's Disease Research, 22512 Gateway Center Drive, Clarksburg, MD 20871. Myers Funeral Service & Crematory is in charge of arrangements. Online condolences may be made to the family at www.myersfuneral.com

Albert Onis Watts, Sr., passed away on July 8, 2021 at his home in Terra Bella surrounded by his wife, his daughters, his son, and two friends of his sons. He had been suffering from Dementia for several years.He was 77 years old. Albert was... View Obituary & Service Information

The family of Albert Watts Sr. created this Life Tributes page to make it easy to share your memories.

Send flowers to the Watts family.